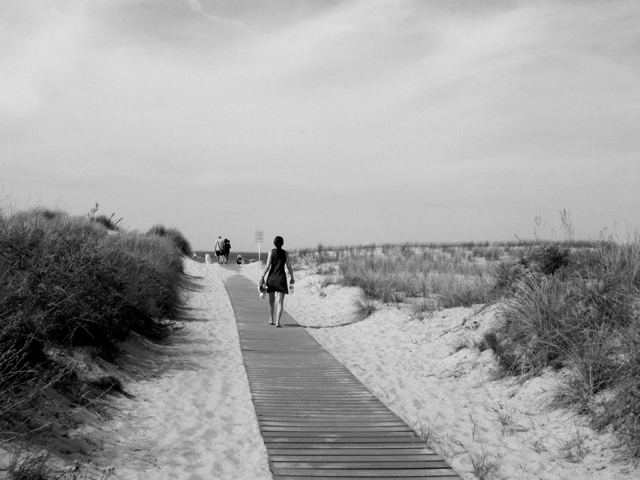 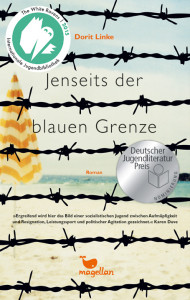 “Hanna and Andreas want to leave, just like their friend Jens, who already left the disintegrating GDR in the late 1980s; the state no longer offers a future – but instead despotism, repression, and censorship. They want to swim across the border to West-Germany in the Baltic Sea. The idea is crazy, but they have to make an attempt. Attached to each other by a cord, and equipped with an emergency ration of chocolate, they try their luck.

During the endless hours in the sea, first-person narrator Hanna remembers episodes from her childhood, her friendship with Andreas and Jens, her rebellious grandpa, who never took the GDR regime seriously, and her growing awareness of their lack of freedom. This ingenious interweaving of past and present lends the novel narrative complexity, which is further heightened by Dorit Linke’s calculated use of literary devices to let readers sense Hanna’s and Andreas’s growing exhaustion and desperation.”

„Jenseits der blauen Grenze“ is one of 200 international titles that were selected for the annual book of recommendations. The catalog contains books in 36 languages from 55 countries.

The German Children’s Literature Award is a prize for works of fiction sponsored by the German Federal Ministry for Families, Senior Citizens, Women and Youth. It has been awarded annually since 1956 by a jury of literature specialists and critics.

Among the best 7 books for young readers in January 2015